Amr Moussa, a #politician from #Egypt 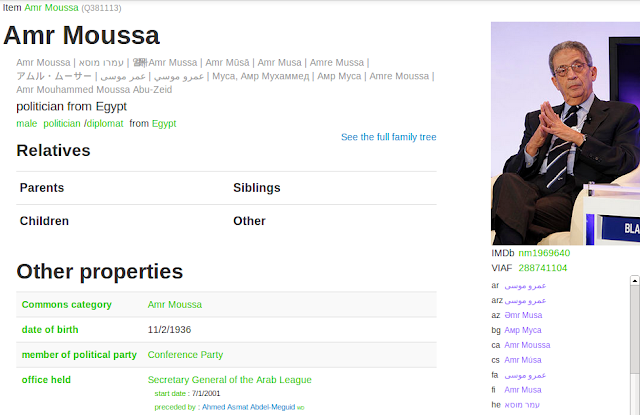 Mr Amr Moussa is an Egyptian politician and diplomat. When you look at his infobox on the English Wikipedia, you will agree that he is quite a distinguished politician. The question is what does it take to enter data for Mr Moussa in Wikidata.

I had to add two new Wikidata items:
I added the text "of Egypt" to the item "Minister of Foreign Affairs".

I did not create items for his wife and daughter.
Thanks,
GerardM
Posted by GerardM at 3:29 pm