The #bankruptcy of #Detroit is of international relevance 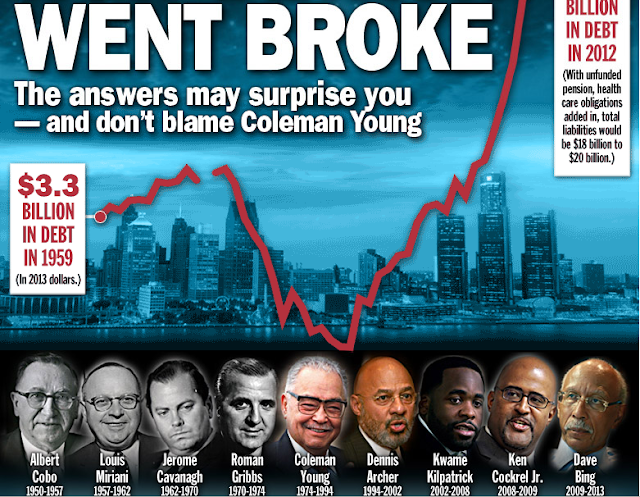 When this bankruptcy happens, a lot of money invested by people for their old age will be vaporised. These people live in many countries, including the Netherlands. Some people suggest that this is a victimless crime but I suppose it is not their money that gets lost.

Anyway this article informs you about Detroit. It features quite prominently the mayors of Detroit who bear much of the responsibility.

The story of the bankruptcy of Detroit has not come to a close. It is likely that more Wikipedias will become interested in these gentlemen. Wikidata has a lot of information on them as a start.
Thanks,
GerardM
Posted by GerardM at 10:21 pm