Phillipe de Plessis, Grand Master of the Knights Templar not a citizen of #France 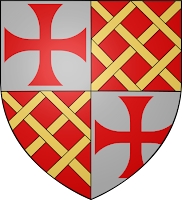 When Mr de Plessis was born in #Anjou in 1165, Anjou was a county that was inherited by the British king. It was in 1204 when Anjou became a part of France.

In Wikidata, it is said that Mr de Plessis was a citizen of France. This is obviously wrong. The notion of the modern French state did not exist at the time.

The whole notion of French citizenship is complicated as it is. Many people from France are registered in Wikidata as "country of citizenship" "French nationality law". This may be technically correct but it does not cover what is asked in the label. It should be France.
Thanks,
GerardM
Posted by GerardM at 3:28 pm