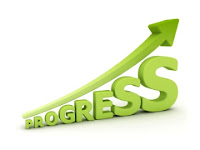 Every #Wikipedia needs great quality facts. Every Wikipedia faces the challenge of maintaining the facts it has in its articles and in its infoboxes. It is like the Herculean task of cleaning the Augean stables; it never stops and you never know where and when another fact has to be cleaned up. It is even worse, the same fact has the potential to be crappy in 280+ Wikipedias.

With Wikidata there is a new way of making the most of a bad situation. It is still necessary to update facts whenever they change but this change is made at Wikidata. Every project that uses this fact will be updated. Changes go to the recent changes of those projects and to the watch lists that include the articles involved.

There is only one thing needed to make this happen. People need to trust Wikidata and the existing mechanisms to fight abuse. There is no alternative as there are no mechanisms to flag changes in Wikidata where the data in Wikipedia is not served by Wikidata. The most compelling reason to serve data from Wikidata is that we just do not have the capacity to fix by hand all changes everywhere. The fire-hose of changes of facts will prove too much.
Thanks,
GerardM
Posted by GerardM at 12:50 pm