A stands for #Archive in #GLAM 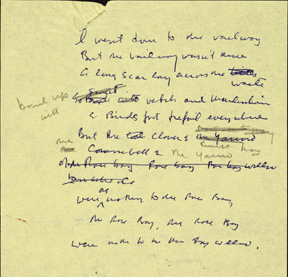 #Wikipedia has this thing about sources. If it can be sourced, it is considered to be admissible. However, even when there is a book or a newspaper stating something there is no certainty at all that facts are fairly represented.

In order for something to be found true, it helps when the original unedited material is available. This is where the archives come in. They preserve the original material with the original lies, opinions and facts.

Archives hold manuscripts, documents, photos, film. As it is often primary source material it provides the bedrock for future generations to learn the original facts and fiction.

Because of the massive manipulation of facts, WikiLeaks is very much a reaction of people wanting to set the record straight. It is necessary because the press itself is increasingly owned by self serving owners. The balance for proper news is further eroded because public broadcasting is starved from funding.

As democratic governments represent the people who vote and as confidential materials tend to leak more then ever, Open Government is not only desirable for the values it stands for, it is also the best defence against the need for leaks. When the true facts are published by government itself, corruption and manipulation become more visible. It gives our governments a credibility that is now sadly lacking.
Thanks,
GerardM
Posted by GerardM at 9:01 am