Which languages offer the most potential for your website? 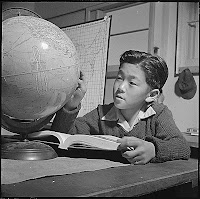 Affluence is a factor as well as the size of the Internet population. When Inuktitut is rated over Bengali however, it makes you wonder what value such numbers hold. Surely the people in Bangladesh who have Internet make more then the average wage.

For Wikipedia its resources are not limited by the number of editors as they are by volunteers. With over 270 Wikipedias even another language is hardly noticed.

The limiting factor for the potential of many of our projects that is solvable is technology. In order to invest in such technology, the potential of the languages involved has to be considered. The direction of the answer for the Wikimedia Foundation is quite unique; the question is not what language but what technology to invest in. Many enabling technologies have applications for any script, any country even any language.

Technical issues do have a direct impact on the generated traffic; Malayalam Wikipedia provides a typical example. As we support the latest Unicode technology its traffic suffered. There are two solutions that will generate more traffic
The best part of many language technologies is that they are generic. The technology is often applicable for multiple languages, scripts and even platforms and applications. As we invest in such things as off line readers, even Internet penetration is not that important when our off line support hits its mark.
Thanks,
GerardM
Posted by GerardM at 3:28 pm

I would like to know more details why the traffic decreased on Mayalam wikipedia. Did something technical change, and afterwards for many people the characters were not displayed properly anymore? Do the people there use obsolete browsers that do not support Wikipedia`s technical change?