Wiki loves monuments can do with monumental efforts 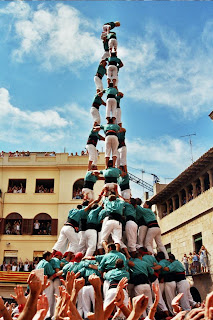 #WLM is organised by #Wikimedia chapters. So what if there are no chapters. Does that mean that a country is not on our map of Europe?

It is relevant to understand what organising a Wiki loves Monuments takes. The original project was only possible because volunteers of the Dutch chapter reached out to the Dutch national monuments organisation. The list they provided was analysed and published on the wiki with geo data and references to the Monuments databank and the existing pictures of buildings were matched with this list. Press releases were written, prizes were found and a committee of judges was formed and yes, there was a party.

All this proved to be a serious effort and several people worked really hard over many months to make this happen. When your country does not have a chapter and you think you can pull it off with fellow Wikimedians, your country may be added to the list. When monuments are not organised on a national scale, there may be a need for regional outreach. As a country is bigger more regional involvement is needed anyway.

The WLM competition is European in nature. The effort it will take to pull it off on this scale is Herculean. It is an effort that like Catalan castells reaches for the sky.
Thanks,
GerardM
Posted by GerardM at 12:01 pm