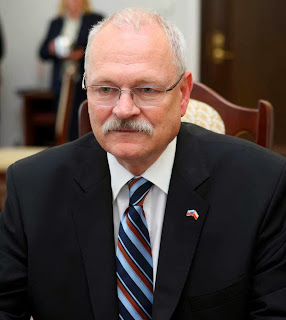 Ivan Gašparovič is the current president of #Slovakia. During a demonstration of Wikidata in Slovakia, it became clear that he was linked for the office he holds to "list of presidents of Slovakia". This was considered to be wrong as there is an article and therefore an item for the "president of Slovakia".

It did not long to fix this and fix this for the former presidents of Slovakia as well. So now the labels associated with the list is wrong in many languages and, there is no label in languages like French and German for the office Mr Gašparovič is holding.

All in all, many Wikipedias refer to lists. In Wikidata this does not really work.
Thanks,
GerardM
Posted by GerardM at 8:40 pm