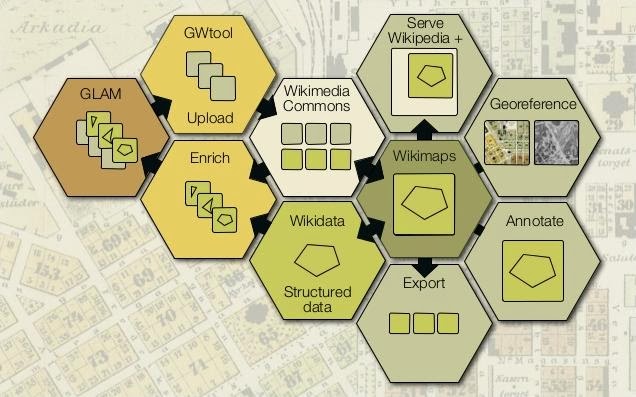 Wikidata has potential. That much is clear. What is not so clear is when a tipping point is reached for a new use of its data.

The image to the right is that it is from a presentation by Susanna Ånäs about the "Wikimedia Old Map project". In it Wikidata is already very well connected. It makes sense because it may include maps and by using qualifiers it can be obvious when that map was drawn. Wikidata is also where you can add old names for everything that is on the map. Last but not least, Wikidata has always been able to include names in other languages.
Thanks,
GerardM