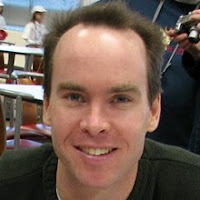 The #BBC world service reports on how #Twitter helps people connect in their own language. Have a listen, it is good.

When you google for this topic, you find "Indigenous Tweets.com". It is a really nice website where Kevin Scannell keeps track of activity in these languages. This is done by mapping the Twitter network of people who communicate in languages that are rare on the Internet.

There is a limit to what can be done; for Haitian Creole there are probably more then 100.000 twitterati and building a "telephone book"  for them may be more then Twitter allows. What Kevin does is wonderful because being able to reach out on Twitter is hard enough. Using a language that is not widely spoken makes it even harder.

One solution for this Haitian dilemma is to use the Status.net software; messages can be forwarded to Twitter but within a status.net everyone can read all tweets.  Twitter could provide feeds where you only find tweets of people communicating in a particular language. But it would be really good when Twitter and Kevin produce these indigenous twitterati books together.
Thanks,
GerardM
Posted by GerardM at 10:17 pm