Commons, the repository of media files, is where you can find illustrations to illustrate almost anything. The media files contained at Commons are used to illustrate all the Wikipedias and all the other projects of the Wikimedia Foundation.

Before Commons, a popular illustration would be stored in all the Wikipedias that used it. This took a lot of storage and, it was really labour intensive. When Commons was created, the technology of sharing media files from a central repository was not available yet but as the benefits were so obvious, it did not take long.

Once Commons was established as a repository, a big effort got under way to move all the freely licensed images to Commons. The files were tagged with license information and they were reduced to a single copy of a picture. 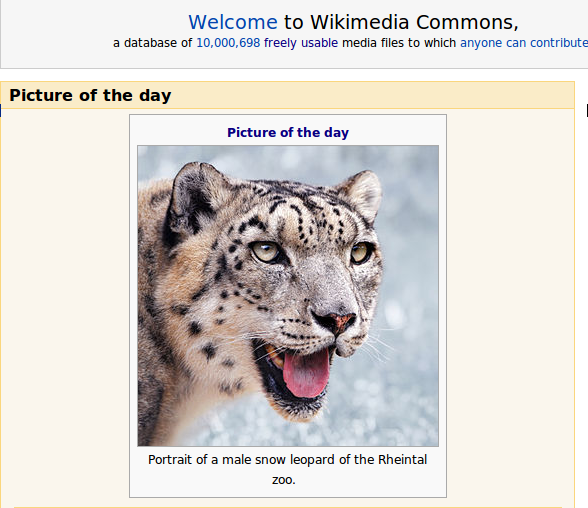 As Commons became established, several projects chose to do away with the option of local storage while others kept this ability to allow for the use of "fair use" material. As the appetite of the Wikimedia projects and MediaWiki projects grew for great illustrations, Commons was discovered as a place where the cultural heritage preserved by our GLAM partners finds a worldwide audience.

The proof of the pudding is in the eating and for Commons the eating is in finding its material in the projects of students and in the illustration of wikis and websites.
Thanks,
GerardM
Posted by GerardM at 6:53 am