#Propaganda as a two edged sword

A former Bush official calls for designating #WikiLeaks and its officers as enemy combatants. This would mean that the site could be held in violation of the US espionage act and taken down using "military assets" even when this breaks international and domestic laws.

The damage inflicted on the USA by WikiLeaks is largely self inflicted; the USA war effort is found to have broken international and domestic laws. This call for the use of military assets never mind international and domestic law is maybe great for the domestic consumption of the loony right. These calls for acts of war  put the persons spouting their poison in the same category as the broadcasters in Uganda who are now being convicted of incitement to genocide. 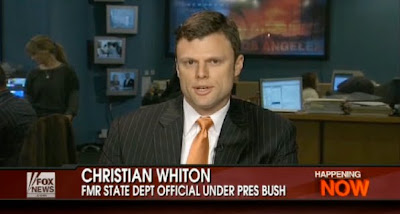 Would these people be happy when they are designated in turn as enemy combatants? Their argument holds that their assassination would not be murder. Theirs is not the moral high ground because their only argument is "we are losing a war". The data released by WikiLeaks demonstrates why the USA is losing the war. It indicates how and why the USA can do better and this is why WikiLeaks is in the USA's best interest.
Thanks,
GerardM
Posted by GerardM at 12:40 pm