Put your two pennies in without it costing you a cent

Enda inter-arabe celebrates its twentieth anniversary, throughout that time it has empowered many women throughout Tunisia to rise from poverty. Its 500,000th loan was given to Mrs. Leila Gharbi who Mifos chose to highlight as the Marie (featured borrower) for which their upcoming release, Leila E, is named.

Enda inter-arabe is a Tunisian organisation and, I am sure they will be happy to find that their software will now an improved French localisation. 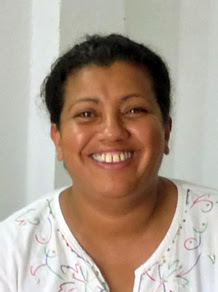 The roadmap does not state it, but it is going to be a welcome surprise that in addition to what has been scheduled, the internationalisation and localisation of Mifos has been much improved. Through translatewiki.net, volunteers have started to localise many languages and there is time until November 23 to get a localisation for a language into shape for Leila E.

As this work has started very recently, a lot of work is going into making sure that the messages can be properly localised in the many languages we have experience with at translatewiki.net. At the moment we are working on improving plural and gender support.

We would love to find people who help us with the languages of Asia, Africa and South America. When Mifos can be used in the local languages, it becomes possible for many organisations who provide microfinance to improve their business and improve their service. A service that helps people help themselves out of poverty.
Thanks,
GerardM
Posted by GerardM at 12:16 am