Modern research into the weather uses satellites, ground stations and observations at sea. When you want to learn about the weather of yesteryear, the moment is gone so you have to rely on artefacts.

Oldweather.org is a project that crowd sources the analysis of ships manifests where a wealth of data can be found about the weather. Currently they are "following" 238 vessels, recreating their voyages and the weather as it happened.

This project does real science and many of the people involved are getting an interest in science. This is great news for any country that wants to strengthen its knowledge economy. There are many GLAMs in Europe who get connected through the Europeana network. In Nijmegen there is a GLAM with digitised manifest of seventeenth century ships of the Dutch East India Company. 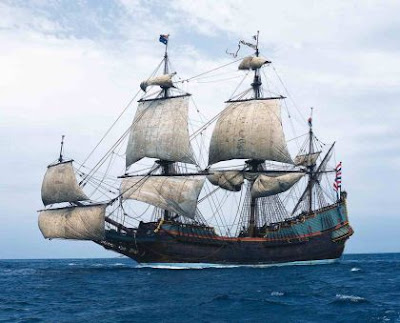 These ships manifests and the Dutch people could be added to this scientific project. Connecting through Europeana allows a great project to expand its reach, involve people all over Europe and would showcase how unintended consequences add value because of European infrastructure.
Thanks,
GerardM
Posted by GerardM at 12:23 pm