The image that we have of historic people is often one of men and women in the latter days of their life. Particularly when people had a big impact, the idea that they were once young, even beautiful is difficult to perceive. The Queen Victoria we know is likely similar to this postcard of her at the time of her golden jubilee. 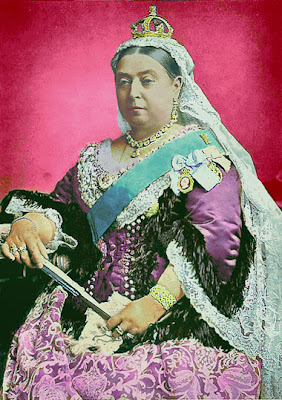 When she was young, she was devoted to her husband and she commissioned Franz Xaver Winterhalter to paint a picture of her, a picture that became known as "The Secret Picture" for her husbands 24th birthday, a picture that was only intended for his eyes.


Such big differences between the young and old Victoria can also be found in movie stars, politicians, television presenters.. People with a long career. When we illustrate our Wikipedia articles, it is best to have pictures that show a progressively ageing person. In this way we have multiple illustrations showing the many facets of the life of the illustrious people that merit a big article.
Thanks,
GerardM
Posted by GerardM at 11:53 pm